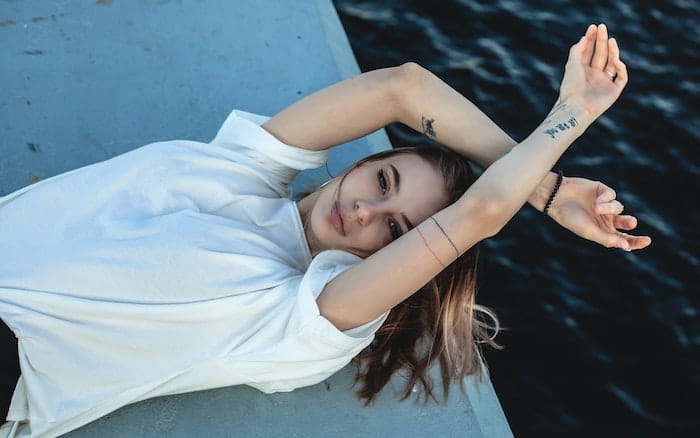 Yes, tattoos are attractive on females. A woman can enhance their looks with tasteful tattoos that matches her personality. Like well applied make-up, tattoos can accentuate a woman’s appearance.

That said, it’s also possible for a tattoo to be a nightmare for a woman’s looks. But as with anything, there needs to be a balance for aesthetics. Let’s explore this topic in more detail.

How do guys feel about women with tattoos?

Most guys love a tattoo that is done right. They like tattoos that are artistic and aesthetically pleasing and that has a special meaning or a memorable story attached to it. When a tattoo is done wrong, it makes a girl look worse, possibly significantly worse.

There are guys on both ends of the spectrum. Some guys hate tattoos. It doesn’t matter what the size, shape, design or location. Sometimes this is due to religious reasons, they believe all tattooing is immoral.

“We do not own our bodies, we are merely shepherds. It is our responsibility to take care of our bodies and return them in the best condition possible without defacing them with tattoos.“

Other guys think the more tattoos the merrier. That you cannot have enough tattoos. Case in point is a subreddit dedicated to hot chicks with tattoos (nsfw).

“Tattoos are the ultimate expression of yourself on your body. It’s permanent and a snapshot of your life experiences at the time you get the tattoo. For better or worse, it is uniquely you, and that is what honest attraction is all about.“

Typically though, guys fall in the middle. They love tasteful tattoos, but don’t like when it overtakes a girl’s natural beauty.

“I don’t mind a few well placed, quality tattoos. A friend of mine is absolutely stunning, but she just has so many tattoos littering her body that she is much less attractive because of it. A huge chest piece, both arms full sleeves, a huge tattoo on her side and legs, feet almost covered. Even her hands are covered. Now she just looks trashy.“

No. Just 4% of men consider tattoos a deal-breaker for a relationship. They are typically ultra-conservative and / or religious such that they will not date women with tattoos. You must consider however, whether these are the types of guys that women would want to date. Most guys would not avoid dating a woman simply because she had a tattoo.

There have been studies that show women with tattoos, in general, have less formal education, smoke more, have lower self-esteem, and are prone to impulsive and risky behaviors. These studies are biased however. They don’t distinguish between the aesthetics.

If a woman, or man for that matter, gets themselves covered in all sorts of random tattoos, it’s reasonable to suggest there are some underlying issues. But what about something tasteful?

A greater percentage of guys are ruled by their own stereotypes. Some guys have the impression that women with tattoos are too free-spirited, too emotional, psychologically damaged. They believe that life with a woman with a tattoo equates to a relationship full of drama.

“A woman with tattoos has low impulse control. It’s a great precursor for a life filled with self-inflicted misery.”

Once again, you need to factor in the source. Are these the type of guys that women want to date?

Are men more attracted to women with tattoos?

Yes. Nearly half (46%) of men agree that an appropriate tattoo makes a woman more attractive. Of the remaining, most do not care one way or another. They feel there are much more important qualities of a woman to consider.

Studies show that women with tattoos are more fun and spontaneous. The are not as judgmental about a man’s education, physical appearance, and dreams. These are qualities that many men want in a woman and so they are naturally drawn to women with tattoos.

“I find that women with tattoos are more easy going and easier to talk with. That makes them more exciting and attractive to me, even though I don’t have any tattoos myself.“

Some men are attracted to women with tattoos because they find them mysterious. This arouses the curiosity within them and they find such women interesting. It makes them wonder what to the tattoos mean, and what is the story behind them.

Why are female tattoos attractive?

Women get tattoos for various reasons. When a woman gets a meaningful tattoo with a beautiful design and location, it adds to their allure. Sometimes it makes them feel sexy, which makes them look more sexy. It makes them feel attractive and strong, and that feeling is the vibe that others perceive.

And that is the secret for being more attractive with tattoos. It comes from within yourself. How a woman feels about her own tattoo becomes how others feel. Tattoos attract those who can relate to the underlying meaning, the woman under the tattoo.

Do you agree or disagree? Do you have your own thoughts about women with tattoos? Let us know about your experiences in the comment section below. 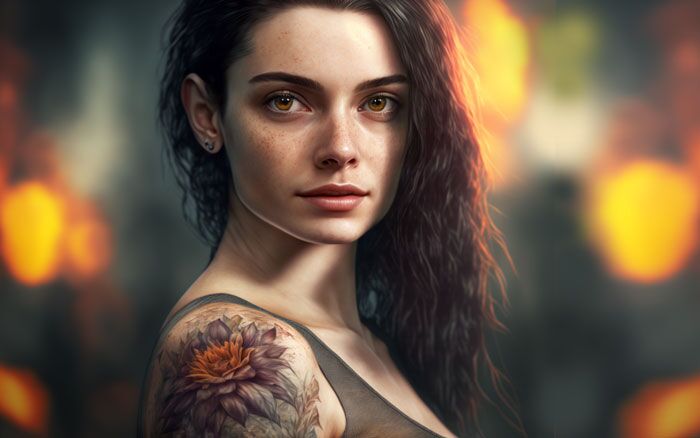 More and more women are choosing to express themselves with a tattoo these days. These female tattoos are meaningful and reflect an aspect of their identity, a celebration of something… 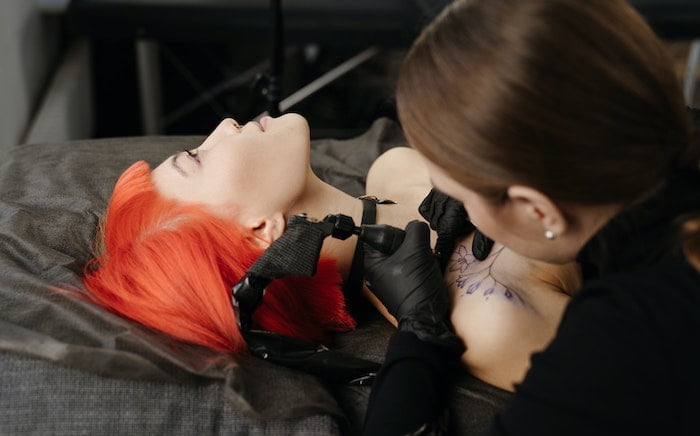 Temporary tattoos for women are graphical images and designs that decorate skin for a short period of time. It’s an alternative way to show off a tattoo design without the…